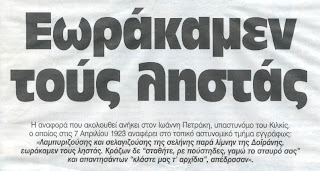 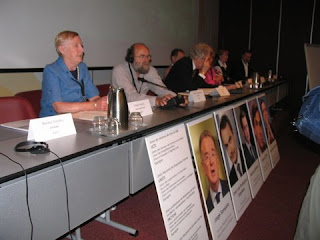 
Verdict in the case of bullfighting in Spain,
France and Portugal

Preamble: the Court finds that:


1. The torturing, killing and humiliation of animals in arenas during corridas for the sole purpose of public entertainment panders to man’s basest instincts. These spectacles are a cultural disgrace, and a primitive and barbaric relict from the past that insults the basic ethical principles of modern European society.

3. The promotion and organisation of corridas also contravenes a number of national laws which already prohibit such cruelty in the towns and regions where it takes place. The penal code is still repeatedly interpreted in favour of the corrida by taking a “generous” attitude approaching a circumvention of the law.

against the leaders of France


based on the oral testimony given today and an examination of the evidence,

the Court finds
the President and the Prime Minister of the French Republic,
Mr. Nicolas Sarkozy and Mr. François Fillon,


- complicity in acts of cruelty to animals;
- failure to protect children and young people
- by encouraging bullfighting propaganda in French schools,
- by allowing young children to attend corridas,
- by tolerating the establishment of bullfighting schools and subsidising these schools,
in which children and young people are taught to discard all sentiments of compassion and mercy;
- blocking the abolition of the corrida in France;
- condoning the masquerade in French arenas and thus causing the death by torture of
hundreds of bulls every year;

- using national and European public funds to promote the interests of bullfighting, overruling the
opinion of three-quarters of the French population, who want to see the corrida abolished in their country;
- contributing to the decline in French moral standards by encouraging spectacles of torture that
are reminiscent of ancient Roman circuses and which are abhorrent to modern, civilised society.

based on the oral testimony given today and an examination of the evidence, and in the face of the magnitude of the cruelty inflicted on animals in Spain, particularly fighting bulls,

- complicity in acts of cruelty to animals;
- accepting and even advocating, as popular entertainment, the torture and killing of inoffensive,
sensitive and sentient creatures;
- maintaining the bloody and degrading spectacle of the corrida through subsidies, to the
detriment of underprivileged sections of the population.

- exporting the humiliating practice of the corrida to other countries, in particular to France;
- establishing and supporting bullfighting schools, in which children and young people are
taught that it is heroic to torment, to torture and to kill;
- making every effort to keep alive a barbaric tradition that is a disgrace to civilised society and
Europe’s cultural heritage;
- blocking the efforts of the EU to establish ethical standards that will include animal rights,
and contributing to the decline in Spanish moral standards by encouraging spectacles of torture that are reminiscent of ancient Roman circuses.

based on the oral testimony given today and an examination of the evidence,


the Court finds
Mr. Jorge Sampaio, former President of the Republic of Portugal

- openly enjoying the torture of bulls and other cattle, as well as the horses used in the arenas;
- maintaining and promoting bullfighting, despite the condemnation of these degrading
spectacles by the vast majority of Portuguese and European citizens;
- partially abolishing the law of 1928 which protected bulls from being put to death in Portuguese
arenas, thus putting their country back 80 years in matters of animal protection;
- deliberately delaying social and legislative progress concerning the protection of animals,
making Portugal a less civilised and a backward country, seen from a humanitarian point of view;
- using legislative means to spread the idea that the torturing of animals is part of everyday life,
that it is a form of art and entertainment and that it should be accepted as normal and respectable;
- contributing to the decline in Portuguese moral standards by encouraging barbaric spectacles
that are reminiscent of ancient Roman circuses and which are abhorred by modern, civilised society.


Verdict in the case of the corridas


Demands of the Court

The Court appeals to the legislators in the countries incriminated to take into account the opinion of the vast majority of their compatriots, who consider the corrida to be a barbaric practice, unworthy of a civilised nation. The Court calls for the abolition, as quickly as possible, of all forms of bullfighting that involve the harassing, the torturing and the killing of bulls.

- that all direct and indirect subsidies for corridas be stopped immediately;
- in protocol No. 33 of the Treaty of Amsterdam (which foresees full respect of the needs and
welfare of animals), the cancellation of the clause exempting the established traditions of member states – particularly religious rites, cultural and nationalist traditions;
- the immediate closure of all bullfighting schools for children and young people for reasons of the protection of minors;
- the barring of young people under the age of 16 from arenas and a prohibition against exposing children and young people to any forms of lobbying or propaganda in support of the corrida.
- that the European Community cease all subsidy of the corrida, whether direct or indirect.
- that the protection of animals be anchored unequivocally and without compromises in the
future European Constitution.
- that Pope Benedict XVI invoke the (still valid) papal bull DE SALUTE GREGI DOMINICI
of Pope Pius V, which clearly condemns bullfighting, as well as issuing clear directives calling
for the condemnation of the bloody, repulsive spectacle of the corrida.

- The Court demands that the European Parliament urgently organise a referendum to
allow the overwhelming majority of opponents to the corrida to express their opinion. 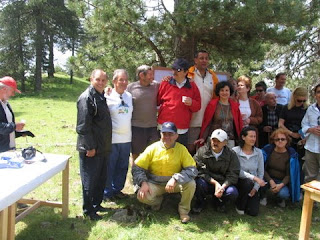 Posted by tsipiraskostas at 10:30 PM 3 comments: